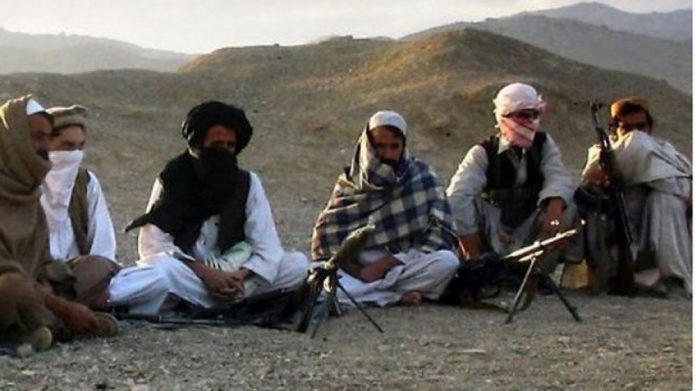 KABUL: The Taliban on Wednesday rejected reports of secret meetings with the Afghan government in a bid to resume long-stalled peace negotiations, insisting that their hardline policy remains unchanged.
Afghan officials on Tuesday said they held two meetings since September in Doha, where the Taliban maintain a political office, after the news was first reported by Britain´s The Guardian newspaper.
But Taliban spokesman Zabihullah Mujahid in a statement rejected any reports of talks or meetings.
Mohammad Masoom Stanekzai, Afghanistan´s intelligence chief, and National Security Advisor Mohammad Hanif Atmar had attended one of the Qatar meetings, local Tolo television said citing a presidential palace source.
“The representatives of the Islamic Emirate have not met with Stanekzai or any other officials. Our stance about the negotiations has not changed. Our policy is very clear on that,” Mujahid said, referring to the Taliban´s official title.
The Taliban have long insisted on the complete withdrawal of foreign forces from Afghanistan as a precondition for peace talks with the government.
The Guardian said the talks were attended by Mullah Abdull Manan Akhund, brother of Taliban founder and long-time leader Mullah Omar who died in 2013.
A senior American diplomat was also present in the Qatar meetings, the newspaper said citing a Taliban official.
Pakistan — the Taliban´s historic backers — have hosted several rounds of international talks over the last year to jumpstart peace negotiations, which yielded little progress.
The dialogue process ground to a halt when the US killed former Taliban leader Mullah Akhtar Mansour in a drone strike in May.
The insurgency has shown stubborn resilience under new Taliban leader Haibatullah Akhundzada, attacking northern Kunduz city for a second time and threatening the capital of the southern opium-rich province of Helmand.