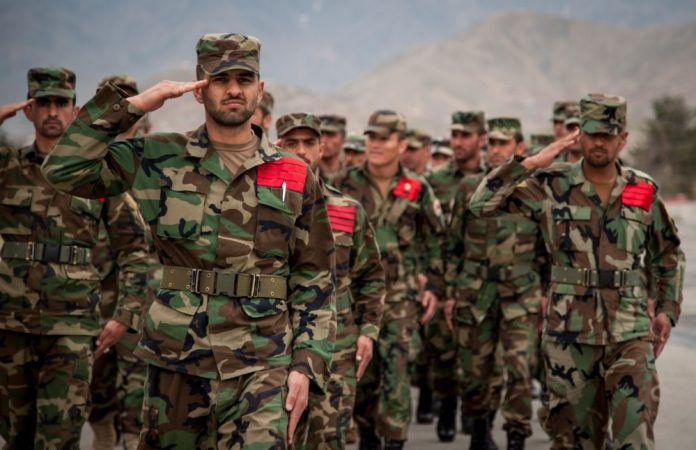 WASHINGTON: Threats from Taliban are forcing families to withdraw their sons from the army, mounting troubles for the Afghan Army already reeling from the drop in recruitment due to rising number of war casualties, a New Times report said.
As Taliban have gained ground in eastern and northern Afghanistan, they are using tactics such as forcing families of soldiers to quit army through intimidation that include physical punishment and even confiscation of land and homes if they failed to comply with the demands.
Rahimullah, who served the Afghan Army for two years told the New York Times that he had to quit after Taliban threatened his family back home to recall him or pay a fine of one Kalashnikov rifle, seven cartridge magazines and $1,000 or worse.
He said his father called him to tell about the Taliban demands after which he decided to quit as his family did not have money to meet their demands. He said that some of his friends also had to quit for the same reason.
Such tactics are helping Taliban to increase pressure on the Afghan Army which has suffered record casualties this year in high-profile militant attacks targeting law-enforcing agencies and forces, including the army.
By forcing people to quit the army, the Taliban are directly threatening the ability of the Afghan Army to recruit people to replenish the force and make up for the losses. The report said that interviews with families and army recruitment officers in several provinces reveal that Taliban threats to families is causing a steep drop in recruitment, in some cases up to 50 percent.
Exact number of the Afghan Army is difficult to assess due to the fact that it is treated as classified both by the Afghan Army and the United States, which is helping them in combat and in training.
While Taliban threats is causing trouble for the army make a new hire, senior officials in Kabul say lack of funding to reach out to people through television advertisements and for other similar outreach efforts.
For other officials, the increasing number of casualties was also affecting the recruitment, alluding to the fact that the families were reluctant to send their loved ones to join the army. In one of such recent gruesome attacks, an entire army unit of 60 men was wiped out by the Taliban in Kandahar province. In another attack in April in the northern province of Balkh, at least 140 soldiers were killed. …APP