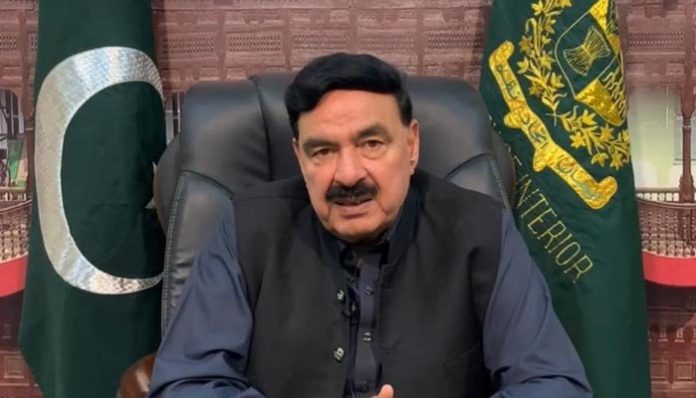 ISLAMABAD: Federal Minister for Interior Sheikh Rasheed Ahmed has summoned an important press conference today (Wednesday) to share details with media about the talks made between govt and the banned TLP.

The interior minister will address an important press conference tomorrow at 2:00 pm. According to sources, no consensus was made regarding the release of Saad Rizvi while the government has decided that the ban on Tehreek-e-Labbaik Pakistan (TLP) will remain intact.

Talks between the government and the banned Tehreek-e-Labbaik Pakistan (TLP) remained successful on Tuesday after Interior Minister Sheikh Rasheed announced the government would present a resolution in the National Assembly today seeking the expulsion of French envoy and withdrawal cases against the members of the banned TLP.

A government delegation, comprising the interior minister, Minister for Religious Affairs Dr Noorul Haq Qadri, SAPM Tahir Ashrafi, Governor Punjab Mohammad Sarwar and Punjab Law Minister Raja Basharat, held talks with the members of the proscribed organisation in Lahore. A resolution for debate regarding the expulsion of France’s ambassador from the country was tabled in the National Assembly on Tuesday.

Following the successful talks, banned Tehreek-e-Labbaik Pakistan (TLP) on Tuesday evening announced to end its Lahore sit-in and nationwide protests across the country.