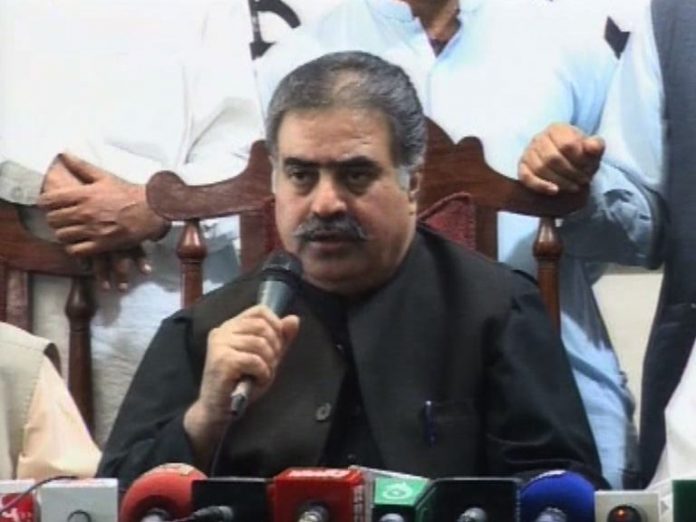 QUETTA: Chief Minister Balochistan Sanaullah Zehri on Thursday said that the law enforcement agencies arrested terrorists and their facilitators involved in attack on Police Training Center Quetta and Civil Hospital blast.
Addressing a meeting in Quetta, Sanaullah Zehri claimed that the menace of terrorism is near to end from Balochistan. He said that terrorists, their facilitators and the mastermind involved in attack on Police Training Center Quetta and Civil Hospital blast were arrested.
Zehri said that a joint investigation team has been constituted to probe the accused.
The police sources said that following intelligence information, law enforcement agencies conducted intelligence-guided raid on Airport Road area of the provincial capital and nabbed a commander of banned militant organisation.
“The law enforcement agencies including Anti-Terrorists Force and others raided a house on Airport Road in Quetta and arrested a militant” they said.
The law enforcement officials also seized weapons, ammunition, explosives and literature from the house. The arrested militant has been shifted to unknown location where he was being interrogated by special investigation teams.
On October 24, terrorists stormed Police Training Center in Sariab area, killing 60 and injuring at least 122 recruits. Following the deadly carnage, the LEA’s sprung into action and the latest arrest could help connect the dots in finding the actual culprit behind the incident.