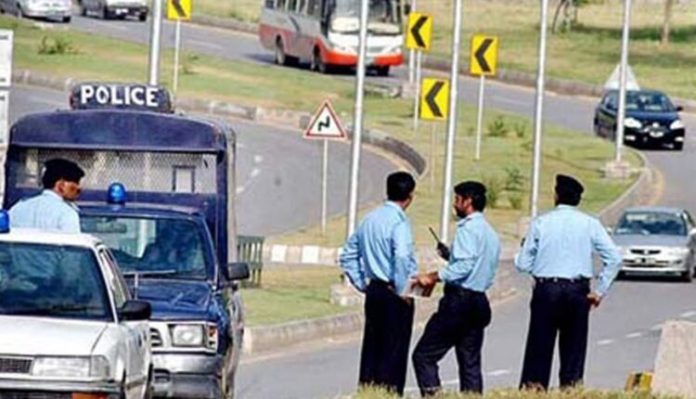 ISLAMABAD: Islamabad Police on Friday was directed to tighten the security of its personnel as well as of its officers in the wake of threat alert issued by the country’s security agencies regarding threat to the lives of both personnel and officers of the Force.

Sources said that in the security alert, the capital police had been told that some banned outfits had planned the target killings of its officers as well as jawans.

All police officials have been directed to supervise all these security arrangements themselves and coordinate with relevant law enforcement agencies. Following these directions, police have started strict checking at all the entry and exit points in the city.

Similarly, patrolling in the city has been further enhanced. Police Commandos have been deputed around sensitive locations and important buildings while policemen equipped with sophisticated weapons will also perform their duties at the roof tops.

Special police teams constituted by each police stations will patrol for effective security measurements in their respective jurisdiction. Bravo vehicles have been ordered to remain vigilant and ready to tackle any untoward situation while squad of falcon vehicles from Rescue 15 have also been directed for strict patrolling and keep in touch with the heads of police stations for ensuring security.

The IGP has also directed for effective coordination among all wings of Islamabad police including Operational police, CID Department, Security Division, and Special Branch on this occasion.

He appealed the citizens to extend their full cooperation to police and immediately inform `Rescue 15 or concerned Police Stations’ about any suspicious activity around them.