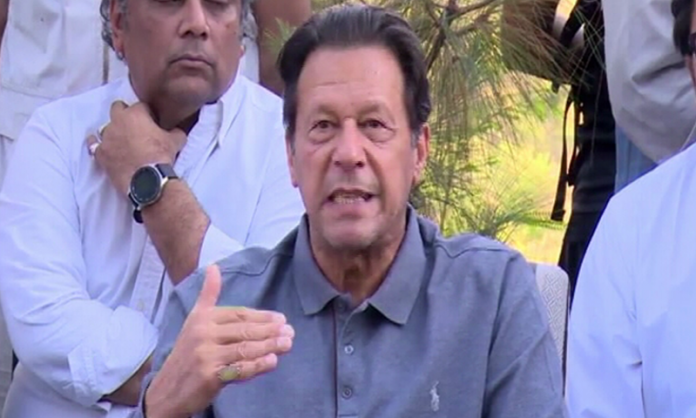 In the letters, the former premier noted that the CJP Bandial and President Aril Alvi had in their possession copies of the cipher which was given to the then Pakistani ambassador Asad Majeed Khan by US Assistant Secretary of State Donald Lu.

“The PTI government, as reflected in the last cabinet meeting, was of the view the contents of the cipher ‘threat letter’ clearly reflect a regime change conspiracy to remove ‘PM Imran Khan’ from the office of the Prime Minister,” the letters said.

“This is a serious matter, which led to the removal of my government through engineered vote of no-confidence in the National Assembly with the shifting of allegiance of allied parties of my government to the Opposition and purchase of loyalties of some members of PTI”, it added.

Imran noted that the cipher was the reason why the former deputy speaker of the National Assembly (NA) had dismissed the no-trust vote until the cipher was investigated.

It is already being reported that a US official had warned that there could be implications if Premier Imran survived the opposition’s no-confidence motion in the National Assembly.

Later, the National Security Committee (NSC) had expressed “grave concern” over the US meddling in Pakistan’s internal affairs and decided to lodge a strong protest.

Earlier, the legal wing in its advice held that diplomatic cypher comes under the purview of the Official Secrets Act, 1923.