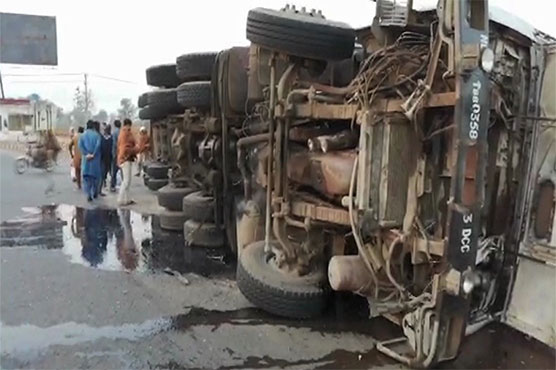 SAHIWAL: At least three people were killed when a truck overturned on a motorcycle at the Grand Trunk (GT) Road in Sahiwal on Sunday.
According to eye-witnesses, a tiles-laden truck overturned on a motorcycle at the GT Road due to over-speeding killing two persons on the spot and critically injuring another.
Police and rescue teams reached the spot and shifted the dead and injured to Hospital. Rescue sources said that the injured person also died during treatment at the hospital. The driver of the truck managed to escape from the scene after the accident.
According to police, two of the deceased were real brothers. Police have registered a case and started investigation.