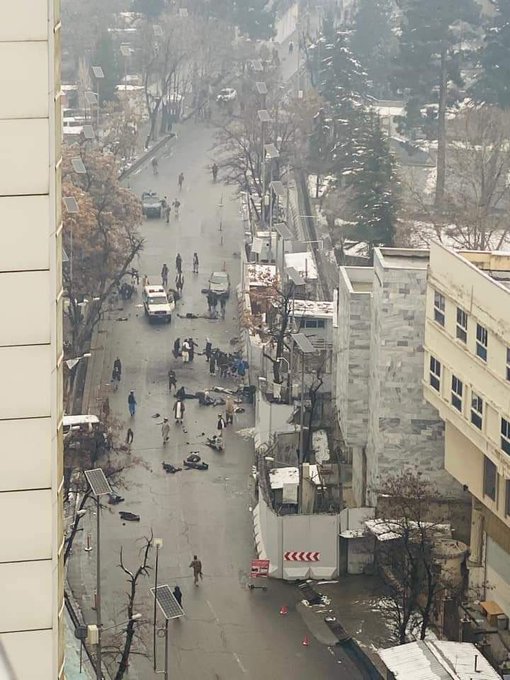 KABUL: At least 20 people have been killed and injured in an explosion near foreign ministry in Kabul,  Afghanistan. According to local media, a suicide bomber tried to entre into the Afghan Foreign Ministry building. However, the security personnel stopped him who blew himself up.

The rescue and security personnel have shifted dead and injured to the nearby hospital. Hospital  sources said that three dead bodies were brought to hospital. Some local journalists reported that 20 people have been killed while many injured in the blast.

According to spokesman for Kabul police Khalid Zadran says the blast occurred near Foreign ministry, in which people have been killed and injured. The dead and injured have been shifted to hospital.

Brother of the acting foreign minister, Ahmadullah Mutaqi, in a tweet, said that the suicide bomber tried to entre into the building. However, he was stopped by the security forces.