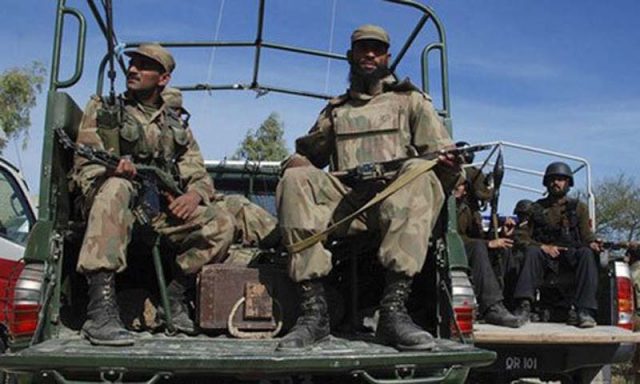 MIRAN SHAH: At least three security personnel sustained injuries in a landmine blast in Razmak subdivision of tribal district North Waziristan in Khyber Pakhtunkhwa on Wednesday.
Local sources while citing security forces said that the security personnel were patrolling in Dosli area of Razmak when a landmine device went off.
The injured personnel – identified as Sepoy Qasim, Sepoy Amjid and Sepoy Zaheer – were shifted to Dosli hospital for medical attention.
Earlier today, spokesman of the Pakistan Army Major General Asif Ghafoor said that a captain embraced martyrdom in Mohmand district of Khyber Pakhtunkhwa when he was neutralizing a landmine device.