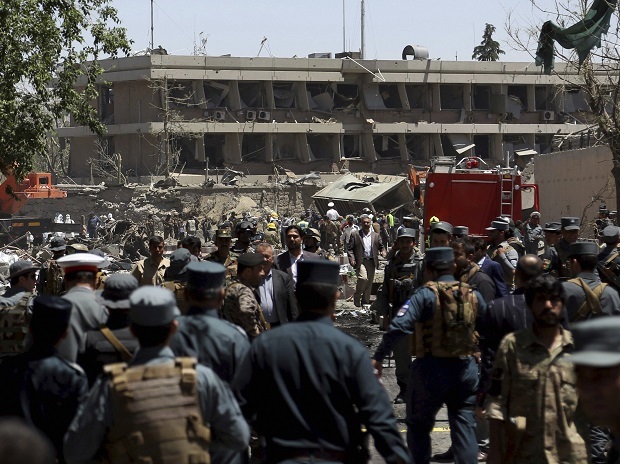 KABUL: The death toll from a devastating truck bomb in Kabul’s diplomatic quarter last week has jumped to more than 150, President Ashraf Ghani told an international peace conference in the capital on Tuesday.
Kabul has been on edge since the bombing in the highly fortified area last Wednesday, the deadliest in the city since 2001.
“Over 150 innocent Afghan sons and daughters were killed and more than 300 wounded were brought to hospitals with burns and amputations,” Ghani said. Previously officials had put the number of dead at 90.
Four more people were killed Friday when hundreds of protesters incensed by the bombing clashed with police, prompting officials to force them back with live rounds fired in the air, tear gas and water cannon. – APP