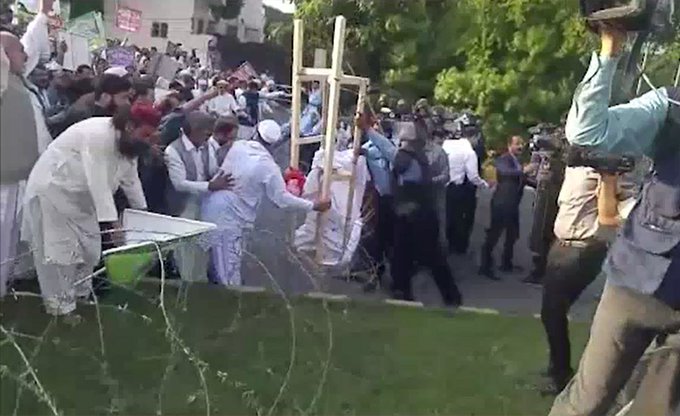 ISLAMABAD: Hundreds of traders staged a demonstration in Islamabad on Wednesday to protest tax reforms introduced by the government.
The All Pakistan Traders Association organised a march from Rawalpindi to Islamabad. A large number of businessmen and traders participated in the demonstration.
The protesting traders attempted to move towards the Federal Board of Revenue’s office.
The police stopped the protesters at the Serena Chowk. A few enraged protesters attempted to cause damage to the public property and vehicles parked nearby.
This prompted the law enforcers to baton-charge the protesters. They rounded up several protesting traders.
Meanwhile, the FBR decided to hold talks with the protesters. Officials said they were willing to listen to the justified demands of the traders.
However, the talks failed to yield any results as the FBR officials declined to revoke the order requiring traders to present a copy of their CNICs for the sale and purchase of goods.