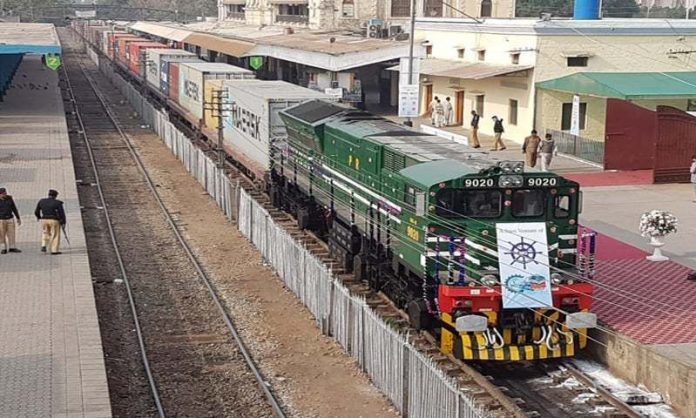 ISLAMABAD: Federal Minister for Railways Sheikh Rasheed Ahmed on Wednesday announced the closure of Quetta-Taftan railway track following the coronavirus outbreak in Iran, which claimed 15 lives so far.
All four trains running between Quetta-Taftan will remain suspended until the closure of Quetta-Taftan border, said Rasheed in a statement.
The railways’ minister has asked passengers to cancel their all luggage bookings.
Meanwhile, all passengers entering Pakistan will be required to submit a health declaration form, which will include their contact details and brief travel history, in order to block possible transmission of novel coronavirus in the country, according to the health authorities.
A health declaration card will be distributed amongst all passengers on flights travelling to Pakistan.
They will have to fill-up the form and hand it over to health officials upon arrival at airports across the country.
Earlier, on Feb 25, Pakistan closed its border with Iran after it reported a number of deaths from the deadly disease.
Iran’s government on Wednesday said that 15 people had died nationwide from the coronavirus outbreak, rejecting claims of a much higher death toll by a lawmaker from the city of Qom that has been at the epicenter of the virus in the country.
The outbreak in Iran began in the city of Qom, an often-visited religious destination.