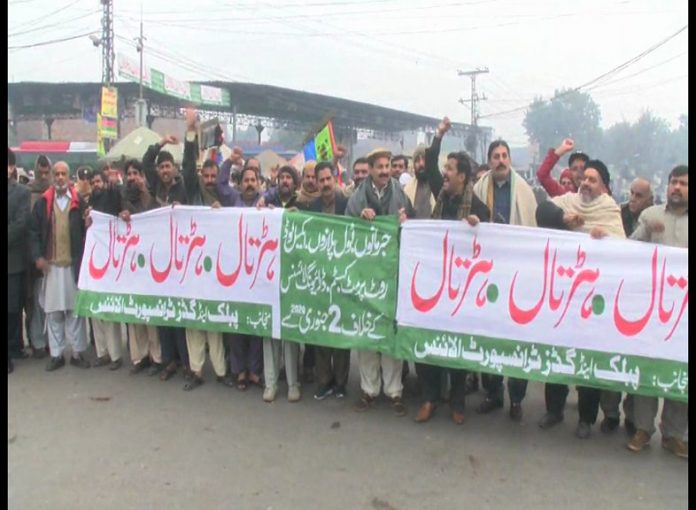 LAHORE: Pakistan Mini Mazda Association on Thursday has begun their countrywide strike from Lahore against increasing fines and taxes on motorways and highways.
According to Public and Goods Transport Alliance spokesman, the transporters have started arriving at Babu Sabu Interchange for protest at 12 different points in the metropolis.
The protesters said that they will carry out rally from Babu Sabu to Punjab Assembly and Nasir Bagh while demonstrations will also be held in other parts of the country.
The transporters expressed that all types of vehicles are observing the strike and demanded to immediately withdraw unfair fines and taxes.