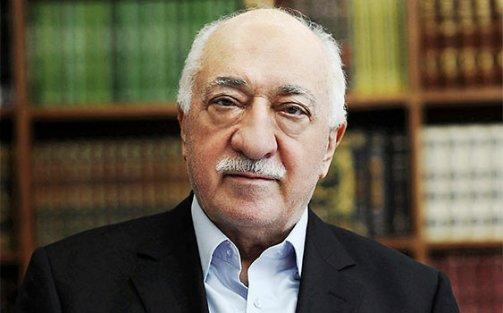 ANKARA: Turkey issued an arrest warrant on Thursday for US-based preacher Fethullah Gulen, accusing him of ordering the coup attempt aimed at ousting President Recep Tayyip Erdogan.
In the warrant, Gulen stands accused of "ordering the July 15 coup", the Anadolu news agency reported.
Gulen strongly denies any involvement and the movement he leads insists it is a charitable network promoting tolerant Islam.
In a surprise move that a US State Department spokesman declined to confirm, Erdogan announced in a live television interview that the US´s top envoy John Kerry intends to visit Turkey later this month.
"I think their secretary of state is coming on the 21th (August)," Erdogan told state-run TRT television.
Within the next two weeks, a delegation led by Turkey´s foreign and justice ministers will also travel to the United States to explain Gulen´s alleged involvement in the coup bid, he said.
If confirmed, the visits would take place despite a spike in tensions with Washington, with Ankara repeatedly demanding Gulen´s extradition since the July 15 coup bid.
The warrant issued by an Istanbul court for the reclusive cleric who is based in Pennsylvania is the first since the failed putsch, Anadolu said.
Ankara has sent two sets of documents to Washington since the coup as evidence of his involvement in the putsch attempt.
US State Department spokesman Mark Toner said American officials were reviewing the documents to determine whether they constituted a formal extradition request.
But he declined to comment on whether Kerry would visit Turkey later this month.
The crisis in Turkey has erupted at a time when the Ankara-Washington relationship is as important as ever, with the US needing Turkish help in the battle against Islamic State militants in Syria.
US fighter jets have been using Turkey´s southern base of Incirlik as a crucial launch point for lethal raids against IS targets in neighbouring Syria.
A rogue faction within the military tried to wrest control of the country on July 15, launching attacks on parliament and the president´s palace.
At least 272 people including 34 coup plotters were killed and nearly 2,200 injured after people took to the streets and squares in support of the government.
During Thursday´s live interview, Erdogan broke down in tears while watching a documentary about the civilians who died on the night of the coup.
Since the putsch attempt, thousands have been purged from their roles in the judiciary, police, military and education system, accused of being members of the coup movement, while more than 25,000 people have been detained.
Western allies including the EU have expressed alarm over the purges.
Turkish media including CNN-Turk broadcaster reported that Gulen´s nephew, Muhammet Sait Gulen, was remanded in custody in Ankara on Thursday.
He was detained on July 23 in connection with the coup, and was also wanted over the leaking of questions from civil service exams in 2010.
Meanwhile, two members of Turkey´s top constitutional court were dismissed from the profession after they were arrested over alleged involvement in the coup attempt, Anadolu said.
Earlier in the day, Erdogan said in a speech live from the presidential palace that businesses linked to Gulen would also come under scrutiny and would be cut off.
"At the moment, those captured are just the tip of the iceberg, others continue working. There is no doubt a pillar of this organisation is the business world. Perhaps that is where they are the strongest.
"We will cut off all their business links, all the revenues of Gulen-linked businesses," Erdogan added in a speech to the heads of chambers of commerce in Ankara.
Erdogan said the Gulen "virus" spread everywhere and vowed to cleanse the state from the movement.
"Each school, each house, each cramming school and each company of this structure is a hotbed of terror," he said.
"Those men are murderers… those men are hypocrites… those men are insidious… those men are thieves."
More than 13,000 people have been remanded in custody while nearly 75,000 passports have been cancelled since the coup bid.
Over 60,000 people within military, judiciary, civil service and education have been dismissed, detained or are currently under investigation for suspected links to the Gulen movement. …Agencies