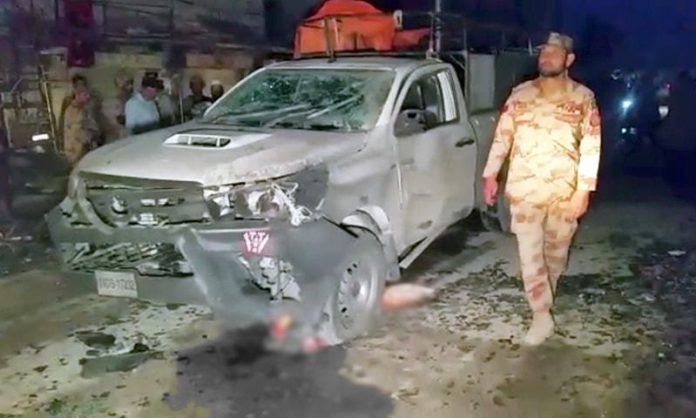 QUETTA: At least two Frontier Corps (FC) personnel were martyred and five others injured in an explosion in Quetta’s Kuchlak area on Friday evening.
The security personnel’s vehicle was targeted in an improvised explosive device (IED) blast in the old Kuchlak Bypass area, a security official who declined to be named told a private news channel.
The FC personnel were on routine patrol in the area when they were targeted, the official said. The injured were rushed to a hospital in Quetta for treatment.