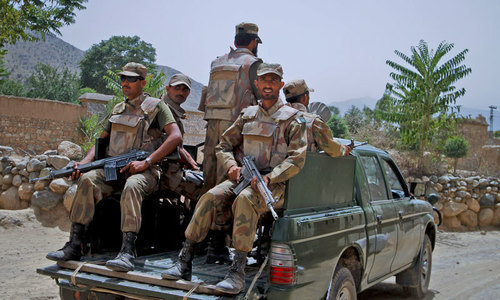 PESHAWAR: Two FC personnel were martyred and six terrorists were killed in retaliation as militants attacked FC check post located at the Pak-Afghan border in Khyber Agency here on Friday.
According to the Inter-Services Public Relations (ISPR), an attack was launched by militants from across the border at the FC check post. The army retaliated with full force and shot dead 6 militants. Two FC personnel were also martyred in the exchange of fire between the army and militants.