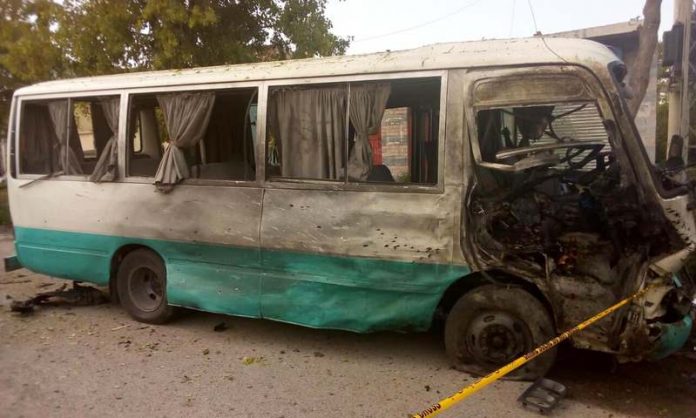 ATTOCK: The death toll in suicide attack on a bus of Pakistan Atomic Energy Commission (PAEC) in Attock has reached to two on Thursday.
At least two persons were killed and 13 others injured when a suicide bomber attack a bus of Pakistan Atomic Energy Commission (PAEC) employees on Basal Road.
According to local police, the deceased were the driver of the bus and a passerby Habibur Rehman — a first-year student.
The injured were shifted to local hospitals for treatment. Two of the injured are in critical condition, who were shifted to Rawalpindi, Regional Police Officer (RPO) Fakhar Sultan Raja told media.
District Emergency Officer (DEO) Dr Ashfaq said an attacker had opened fire at the bus as it slowed down at a speed breaker.
When the driver of the bus disembarked and attempted to get hold of the attacker, the attacker blew himself up, killing himself, the driver and a passerby.