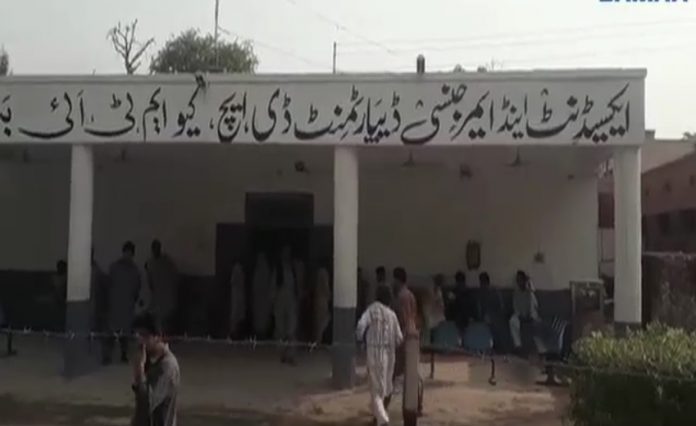 BANNU: At least two people were killed and three others sustained injuries in clash over a tractor in Bannu’s Gambar Sunday morning.
The incident took place in the jurisdiction of the Saddar police. Two groups came head to head when one group parked a tractor in the middle of the road. The other group told them to move it and a fight broke out.
One group comprised of a man and his wife.
The bodies and injured people were taken to the DHQ Hospital Bannu.