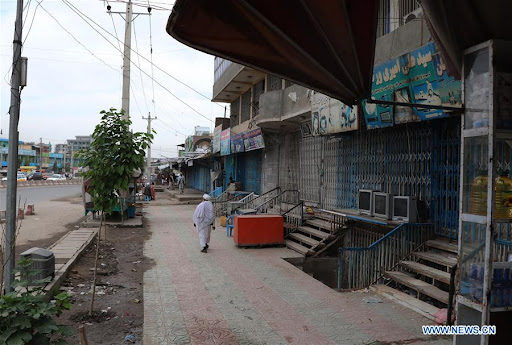 The Taliban continued with their swift military campaigns across the country, as two more cities fell to the insurgents Tuesday, with one of them only 200kms away from Kabul.

Despite the bloodshed, and with eight provincial capitals now toppled in the insurgents’ sweeping advance, US President Joe Biden gave no hint of delaying his deadline to withdraw all American troops by August 31, instead urging Afghan leaders to “come together” and “fight for themselves.”

“I do not regret my decision” to withdraw US troops after two decades of war, Biden told reporters in Washington.

He spoke after the insurgents won control of Farah city, capital of the same-named province, and Pul-e-Khumri in Baghlan, within hours of each other, officials in both centres told AFP. The Taliban confirmed their seizure in separate tweets.

Six of the other provincial capitals to have fallen since Friday are in the country’s north, with the insurgents setting their sights on Mazar-i-Sharif, the region’s biggest city.

Its fall would signal the total collapse of government control in the traditionally anti-Taliban north. Government forces are also battling the group in Kandahar and Helmand, the southern Pashto-speaking provinces from where the Taliban draw their strength.