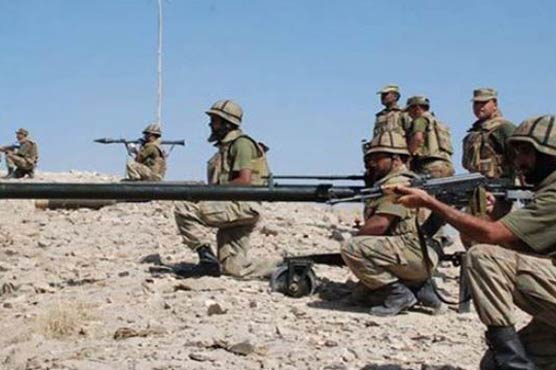 PESHAWAR: Two personnel of the Frontier Corps (FC) were injured on Friday when suspected militants attacked a post along the Pak-Afghan border in Khyber Agency, the Inter-Services Public Relations (ISPR) said.
Troops “effectively responded” to the attack carried out by militants from the Afghan side of the border, the statement said.
According to the ISPR, there are reports of a “few” militants killed in the ensuing exchange of fire.
In the aftermath of the blast at the shrine of Lal Shahbaz Qalandar that killed over 70 people and injured 250 others on Thursday night, the government decided to seal Torkham border crossing with Afghanistan for an indefinite period for all kinds of communication due to security concerns.
Earlier on Thursday, before the attack on devotees at the shrine of Lal Shahbaz Qalandar, an explosive device had targeted an Army convoy in the Awaran area of Balochistan, killing three soldiers.
On Feb 15, a suicide bomber struck in Mohmand, killing three personnel of the Khasadar force and five civilians. The attack was claimed by Tehreek-i-Taliban (TTP).