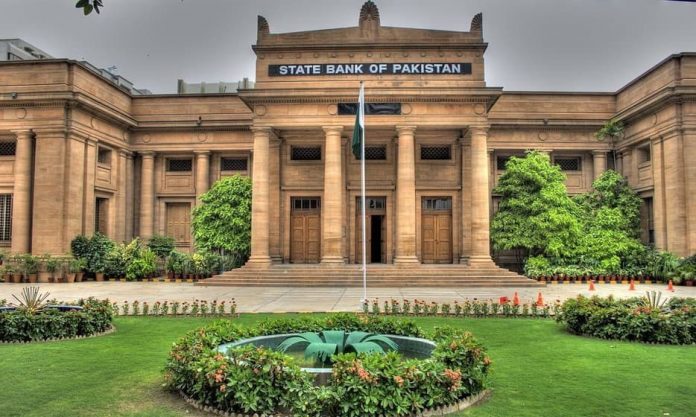 A United Arab Emirates-based trading and investment firm has filed a nearly Rs74 billion damages suit against the State Bank of Pakistan (SBP) and a private bank for allegedly freezing its bank accounts illegally nine years ago.

Energy Global International FZE filed the damages suit against the central bank on account of “unlawful” action of freezing the bank accounts and illegally converting the foreign currency account into a rupee account in December 2012.

A private commercial bank has also been made party to the suit, filed in the Sindh High Court (SHC), for not releasing the funds, according to the court application.

SHC has summoned representatives of the SBP and BankIslami to appear before the additional registrar of the court on February 15 next year to respond to the damages claim, showed the court documents.

The accounts had originally been operated by the defunct KASB Bank, but after its merger with BankIslami in May 2015, its all assets, liabilities and accounts were transferred to BankIslami.

Energy Global is incorporated under the laws of Sharjah, the UAE, but its investors are of Iranian origin.

In December 2012, the central bank froze the company’s accounts – six months before the United States imposed sanctions on the company and despite the fact that Pakistani laws do not accept US sanctions.

“The action of the SBP was contrary to the Bilateral Investment Treaty and the circulars issued to give protection to foreign investors,” said the court filing. The company was never intimated before freezing the bank accounts.

Energy Global has requested the court to declare the central bank’s act to freeze its bank accounts and convert them into rupee accounts as illegal. It has also pleaded to unfreeze the bank accounts and release the withheld balance.

The UAE-based company has taken the plea that the defunct KASB Bank was “coerced” by the central bank to transfer its four bank accounts to BankIslami and then convert those into Special Convertible Rupee Accounts (SCRA).

The company had opened a bank account to operate in euro and Japanese yen currencies.

However, the central bank took the action on the basis of a letter from the Office of Foreign Asset Control (OFAC) of the US. The petitioner is of the view that neither the company was dealing in US currency nor it was facing any kind of sanctions by the United Nations or the US at the time of the adverse action.

At the time of freezing the accounts, KASB Bank had calculated the balance at Rs19.6 billion at prevailing rates of the euro and the yen.

The company has estimated Rs33.4 billion in profit on its Rs19.6 billion funds over the past five years. It has also demanded Rs10.8 billion compensation on account of loss of opportunity of doing business over the past nine years.

Another amount of Rs1.2 billion is claimed on account of damages caused by the freezing of funds in Turkey due to incomplete transactions from the Pakistani bank with a Turkish bank.

This has brought total losses and damages to Rs52.9 billion.

The company has demanded another Rs21 billion in damages, bringing the total claim to Rs73.7 billion, according to the court filing.

“The freezing ought to have been done only where any law had been violated by the plaintiff (company). The account was lawfully opened, operated and all transactions were through proper banking transactions, to the knowledge of the defendant (SBP) and never objected,” claimed the firm.

The Iranian investors of the UAE firm had also approached BankIslami through the Iranian embassy in Pakistan but the bank did not give a complete statement of the account to the firm.

Energy Global also wrote to the SBP governor in December last year and again in January this year, urging him to intervene to allow the company to utilise its money and transfer the profit earned on the funds since May 2015 to its bank account. The firm is also of the view that it is protected under bilateral investment treaties that Pakistan has signed with the UAE and Iran and no adverse action can be taken against it.