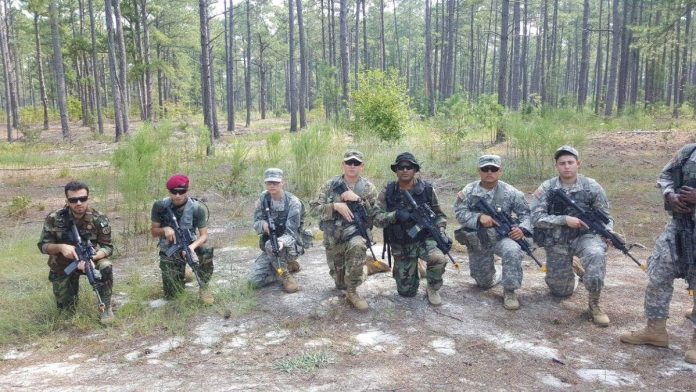 WASHINGTON: The US government has stopped funding for military training for Pakistan for next year. The American military institutions are struggling to fill the 66 slots they had kept aside for officers from Pakistan.
The fund for training Pakistani officers came from the US government’s International Military Education and Training Programme (IMET) but no funds were made available for Pakistan for the next academic year.
The cancellation of slots kept aside for Pakistani officers, however, shows that the suspension now also applies to training programmes.
American officials are worried the Trump administration’s decision could undermine a key trust-building measure
According to Reuters both the US and Pakistani officials were criticising the move, privately.
“US officials said they were worried the decision could undermine a key trust-building measure. Pakistani officials warned it could push their military to further look to China or Russia for leadership training,” the report added.
Dan Feldman, a former US special representative for Afghanistan and Pakistan, called the move “very short-sighted and myopic”.
“This will have lasting negative impacts limiting the bilateral relationship well into the future,” Mr Feldman told Reuters.
A State Department spokesperson told journalists in Washington that the IMET cancellations were valued at $2.41 million so far. At least two other programmes have also been affected, the spokesperson said.
Previously, it was not just Pakistan that valued the training and education its officers received in the US.– Agencies