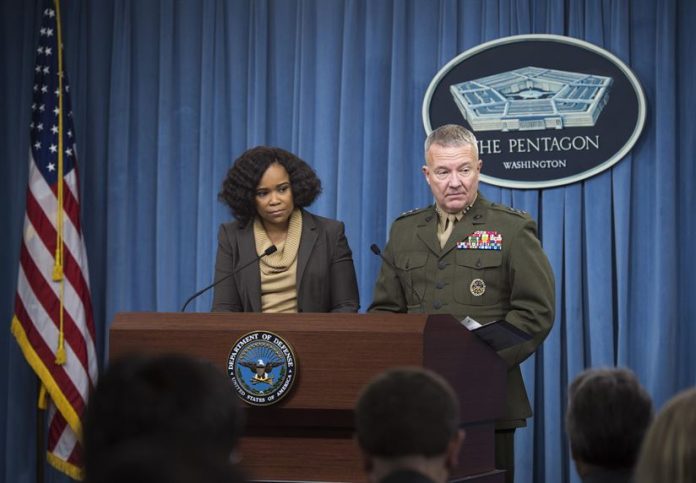 WASHINGTON: The Pentagon has issued a clarification over its decision to cut security assistance worth 500 million USD to Pakistan, saying that the decision to suspend the aid was made in January only.
In his statement, Pentagon spokesman Lt Col Kon Faulkner said; “Unfortunately, recent reporting has distorted the details of the Coalition Support Fund (CSF) by stating several things out of context. The suspension of security assistance to Pakistan was announced in January 2018”.
Lt Col Faulkner added; “the CSF is included in the suspension and it remains in place. This is not a new decision or a new announcement, but an acknowledgement of a July request to reprogram funds before they expire”.
Faulkner said since January, they have consistently engaged with Pakistani military officials at the highest levels, based on both a shared commitment to defeat all terrorist groups that threaten regional stability and security, as well as on a shared vision of a peaceful future for Afghanistan.“We continue to press Pakistan to indiscriminately target all terrorist groups, including the Haqqani Network an LeT, and we continue to call on Pakistan to arrest, expel or bring the Taliban leadership to the negotiating table,” he said.“The Department of Defense (DoD) will have a congressional response before September 30, 2018, to allow the DoD to implement the reprogramming actions,” the spokesman said.
Whereas Pakistan Foreign Minister Shah Mehmood Qureshi had told the reporters, “It is not a cut in any [US] aid, it is not assistance. This is our own money which we have used for improving regional security situation and they had to reimburse it to us.”