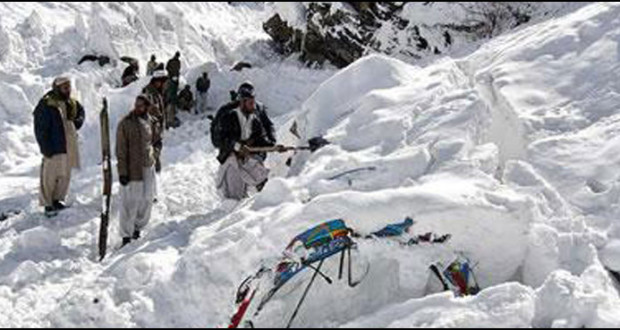 GILGIT: A huge glacier is reportedly gliding towards a village in Gilgit-Baltistan’s Arando area while heavy snowfall has blocked all the roads to the affected region.
Harsh weather conditions in Northern areas are wrecking havoc where scores have died due to avalanche and other related incidents. Couple of days ago, at least 15 people died when avalanche hit a village and a paramilitary post in Chitral.
People from the Arando village are moving towards safer areas and reports are coming in of heavy livestock losses as scores of animals trapped under the snow.
Commissioner Baltistan Division Asim Ayub said that a rescue team has left for the area on foot. According to lawmaker GB Constituent Assembly Imran Nadeem the village received 10 feet of snow during the last three days after which reports of avalanche and glacier moving emerged.
Due to roads blockage and bad weather rescue team would reach Arando in 2,3 days, he added. ‘We have requested chopper from the army for rescue and relief operation.’