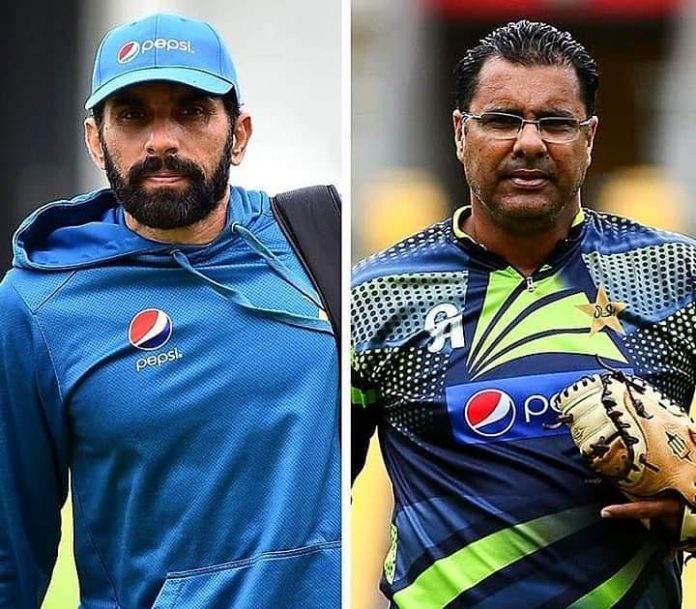 LAHORE: Pakistan cricket team’s new bowling coach Waqar Younis is looking forward to working for bowlers’ progress without having any personal interest or conflict.
The newly-appointed bowling coach, in his first appearance in front of media after occupying the new role, said that he took up the charge with new goals and commitments.
“I don’t have any personal issues either with Misbah or anyone else. The head coach and I both want to lift the quality of the game. Our prime objective is to build a unit which can play competitive cricket at the international level,” Waqar said.
The former Test cricketer highlighted the importance of players’ fitness while competing in big events at international level. He stressed upon the need to improve players’ stamina and physique.
“We have worked with the players on their fitness in the ongoing training camp. The players, in the first week of the camp, just worked on building up their stamina and time on the field. Despite hot weather, we had achieved good results,” he maintained.
Talking about Sarfraz Ahmed’s captaincy, Waqar thinks that he has a lot of cricket left in him as he has improved his fitness recently. “He has improved himself. I think he is need of the team in white-ball cricket while the board will decide his future in Test cricket,” he said.
To a query about the return of Ahmed Shahzad and Umar Akmal in the national team’s training camp, Waqar said that anyone who performs will be in the team.
He recalled the report that contained the poor discipline reviews about the two cricketers, which he gave during his two-years tenure with the national team as head coach, and said that he recommended them to play domestic cricket to gain their form back.
“I never said that they don’t deserve to be in the national side. I wrote in my report that they need to play domestic cricket to revive their form,” he concluded.
It is pertinent to mention here that the home series against Sri Lanka will be the first assignment for head coach Misbah and bowling coach Waqar who have been appointed for the next three years.
Sri Lanka team will play three ODIs in Karachi on September 27, 29 and October 2 while Lahore will host them for three T20Is on October 5, 7 and 9.