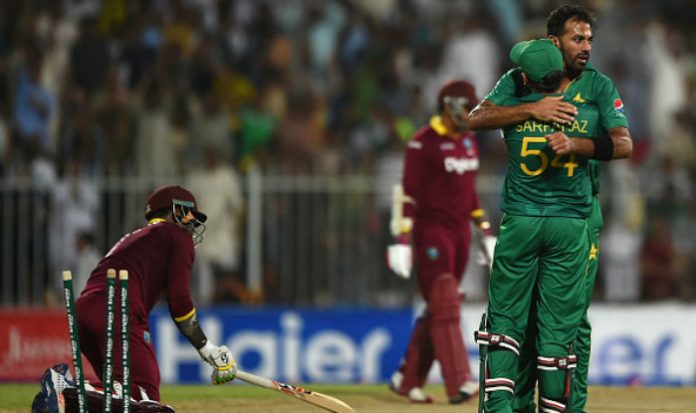 LAHORE: West Indies has confirmed Pakistan Cricket Board (PCB) of visiting Pakistan in the coming year for a series, board chief Najam Sethi announced the news in a press conference on Saturday.
Sethi said that West Indies have confirmed the tour in 2018. It should be mentioned here that Chief Executive Officer (CEO) of International Cricket Council (ICC) visited Lahore in September for World XI tour the same month and hailed efforts of the board to revive international cricket in terror-stricken Pakistan.
Confirmation by the West Indies board has come in after a successful Sri Lanka visit to Pakistan for the third Twenty20Internationl of a series of three that Pakistan won.
Pakistan Cricket Board, on the other hand is managing Pakistan Super League (PSL) 2018 draft in coming days where some 501 international players are up for picks by owners of six teams.
Multan Sultans is the sixth and the latest addition to the league for the upcoming season.
According to a report published this week, Gayle, Duminy, Morgan and Johnson are among the players who are to be picked ahead of the fixture early 2018.
Karachi Kings have appointed a fresh skipper for the season. Immad Wasim is now to lead Kings in 2018 whereas Islamabad United have appointed Rumman Raees as their vice-captain and Saeed Ajmal as the bowling coach.