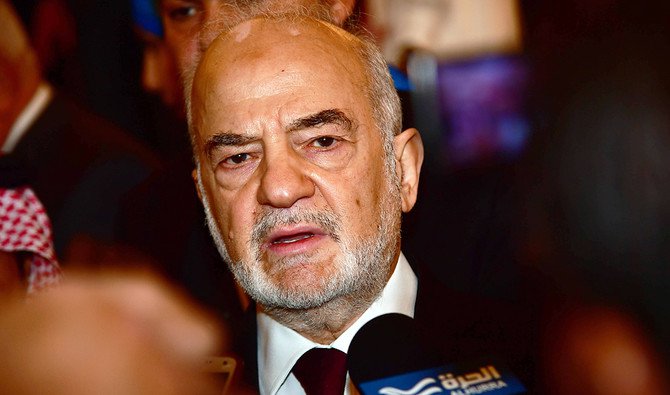 BAGHDAD: Air strikes carried out by the United States, France and Britain against Syrian military targets could give terrorism an opportunity to expand in the region, the Iraqi foreign ministry said on Saturday.
The air strikes marked a “a very dangerous development”, the ministry said in statement.
“Such action could have dangerous consequences, threatening the security and stability of the region and giving terrorism another opportunity to expand after it was ousted from Iraq and forced into Syria to retreat to a large extent,” it said.
The ministry called on Arab leaders to discuss the situation at a summit due to be held in Saudi Arabia on Sunday.
Iraq’s position is in line with those of Russia and Iran, the main backers of Syrian President Bashar al-Assad in the civil war which has raged in his country since 2011.
The United States, France and Britain have accused Assad of attacking the Douma suburb of Damascus with chemical agents on April 7. They say the air strikes on Saturday had been aimed at deterring his further use of chemical weapons.
Shi’ite-led Iraq has kept good relations with Assad’s government and Iran, while also receiving massive military and financial support from the United States, Britain and France.
A U.S-led military coalition provided key air and ground support to the Iraqi government forces last year to recapture Mosul and other cities seized by Islamic State in 2014.
Iraqi Prime Minister Haider al-Abadi last month said he wants “to keep away” from the conflict between the United States and Iran. – Reuters