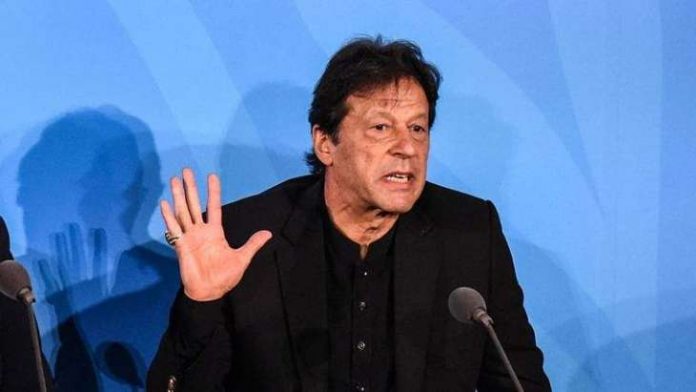 ISLAMABAD: Prime Minister Imran Khan in a tweet on Saturday said the world is now acknowledging the “anti-democratic and fascist ideology” the Modi government has been imposing in India and occupied Jammu and Kashmir.
“This is the biggest threat to regional peace and stability. Already 8 million Kashmiris & Muslims in India are suffering because of Modi’s fascist policies,” the premier tweeted, sharing the front cover of a London-based weekly magazine.
Taking to the popular micro-blogging site on Friday, the prime minister had asked Pakistanis at home and abroad to come out on the 5th Feb in support of the eight million Kashmiris who have been besieged by 900,000 Indian soldiers for almost six months by the fascist racist Modi regime.
His tweet followed on the heels of an announcement by the government to kick off a countrywide campaign on the Kashmir issue from January 25.
Addressing a press conference in Islamabad alongside Special Assistant to PM on Information Firdous Ashiq Awan and Communication Minister Murad Saeed, Foreign Minister Shah Mahmood Qureshi had said on directives of the prime minister the campaign would be launched across the country to show solidarity with Kashmir people who were put under siege by BJP government since August 5, 2019.